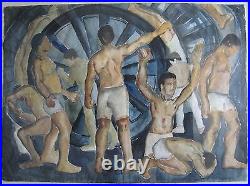 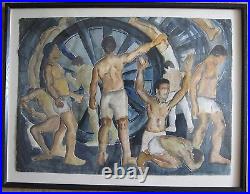 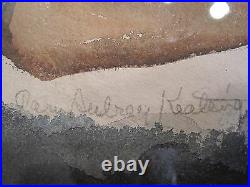 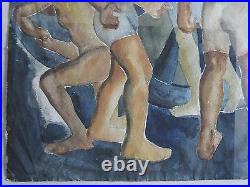 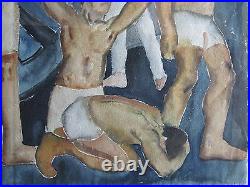 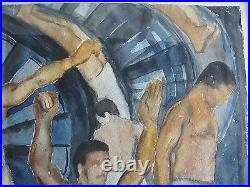 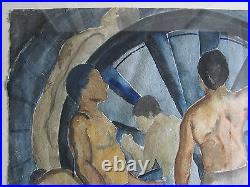 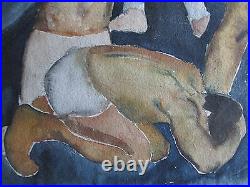 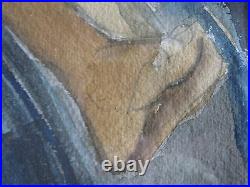 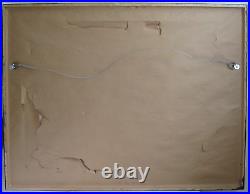 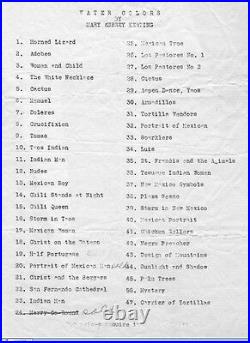 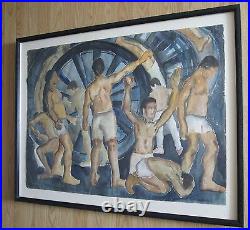 Mary Aubrey Keating (1894 - 1953) was born in 1894 in San Antonio, Texas, daughter of Eugenia (Speer) and William Aubrey. She attended San Antonio public schools and Notre Dame College, Baltimore, Maryland, and Monticello, Illinois. Mary later studied singing with Madame Ernestine Schumann-Heineck and performed with various symphonies and the Philadelphia and San Carlos opera companies. On June 1, 1921, Mary married Peter McCall Keating. Although Mary had given up her favorable opera career for her family, she soon found an outlet for her creative abilities in painting, a self-taught hobby.

Mary's works focused on Hispanic subjects in San Antonio, Honduras, Mexico, Panama, and Guatemala. She painted several murals in San Antonio with local or historic themes, usually in oil washes or watercolors. Her works include murals for the San Antonio Public Library, Kelly Air Force Base Aviation Cadet Hospital, Gunter Hotel, and Junior League Bright Shawl Room. She additionally contributed to the San Antonio art community by serving as chairperson and organizer of the first Open Air Art Exhibit in San Antonio. She also worked as chairperson for the Artist's Ball in an effort to raise finances to establish the Museum School of Art, of which she was one of the first cochairpersons.

In 1939 she was a founder of the Villita Art Gallery, and in 1951 she played a significant role in organizing the Contemporary Art Group. Keating continued to exhibit her work in museums and art shows. She showed twenty of her watercolors in the Horticulture Hall at the 1933 Chicago's World's Fair and in 1934 had a solo exhibition at the Witte Museum.

She had participated in sixteen one-woman shows by 1941, including exhibitions in Santa Fe, Philadelphia, and New York. The extremely active Mary Aubrey Keating pursued other interests in addition to her artistic abilities. She published San Antonio: Interesting Places in San Antonio and Where to Find Them in 1935.

She also served as president of the King William Area Conservation Society. On December 11, 1953, Mary Aubrey Keating died suddenly of a heart attack at the Baptist Memorial Hospital in San Antonio.

Admirers remembered her works in a special exhibition of her work and service on March 23, 1954, at the War Memorial Auditorium at the Witte Museum. Who Was Who in American Art (Madison, Connecticut: Sound View, 1985).

The Pennsylvania Academy of the Fine Arts. Sellers: Get your own map of past buyers. This item is in the category "Art\Paintings". The seller is "theprimitivefold" and is located in this country: US.

This item can be shipped worldwide.